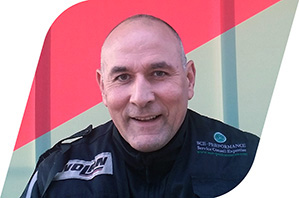 6 years in the french Infantry and 16 years at the Fire Brigade of PARIS (BSPP),

He intervenes for radios (Autoroute FM, RMC, NRJ), or the Press (Motomag, Soldiers of the Fire, Le Parisien, etc.), as well as on television with LCI, M6 and France 3.

He participates in the safety of very big sporting events and shows in the world (DAKAR in 2005, Dancing Water in MACAO, Mechanical races in MANS, Triathlon of PARIS, Peter Pan in BRUSSELS, etc.).

Serge Célerin is also Knight of the National Order of Merit.